Many components in the Enzymatic device may result in combinatorially large number of intermediate structures. To predict the behavior of the device, we formalized a model with ordinary differential equation (ODE) based on chemical kinetics of the process. The numerical simulation was carried by software (Scilab), while the ODEs were derived by writing down all the possible intermediate reaction by hand (more than 400 equations). Please take a look at Source_code, All_intermediates.

We have conducted two simulations with Input A then B (Fig.1 left) and B then A (Fig.1 right). These results indicate that the order of Output is programmable. 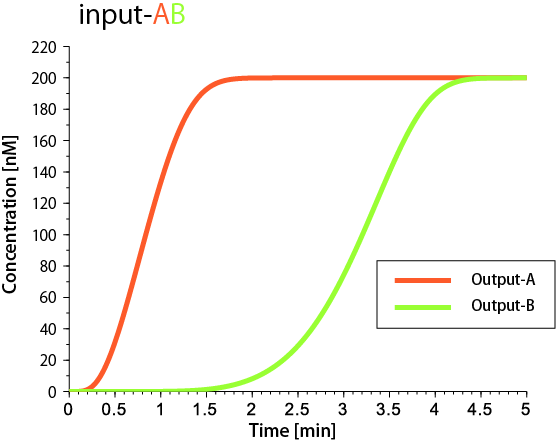 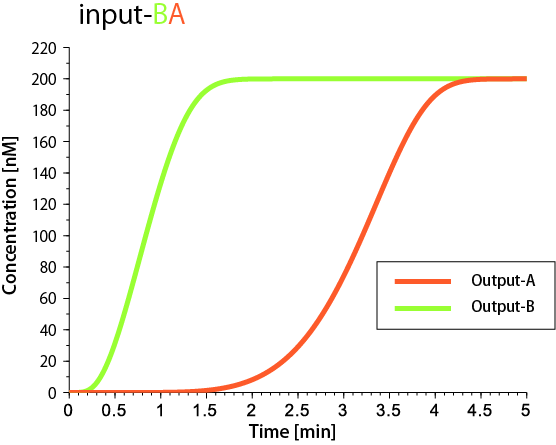 Fig.1 Simulation results of 2-instruction operation. Initial concentrations of all the components are set at 200nM. The horizontal and the vertical axes are time and concentration, respectively.

Next, we increased the number of Instruction from two to three. The result is shown in Fig.2. Three Outputs were properly released in order (A then B then C). Even the model contains more than 400 intermediates, our elaborate design makes the device possible to behave as programmed. 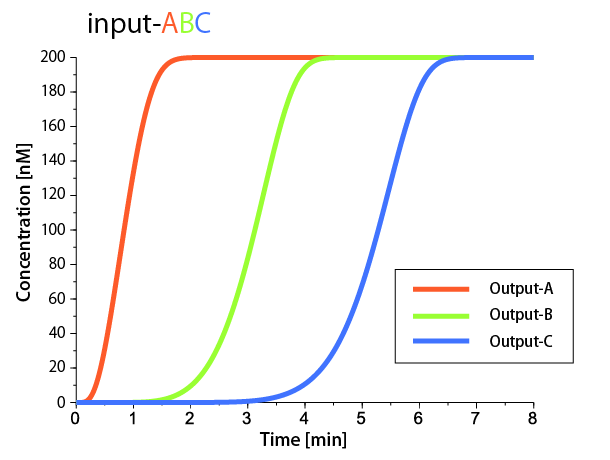 Fig.2 Simulation result of 3-instruction operation (A then B then C). Initial concentrations of all the components are set at 200nM. The horizontal and vertical axes are time and concentration respectively. 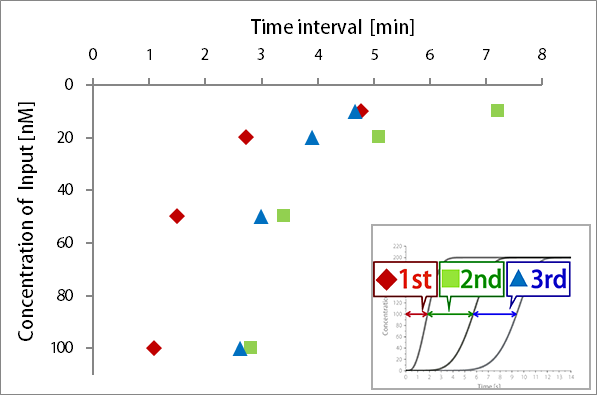 
Time intervals (between 1st and 2nd release, between 2nd and 3rd release) can be independently controlled by changing concentration of Templates or Gates. For example, Fig.4 shows relationship between Template-B concentration and the time interval. 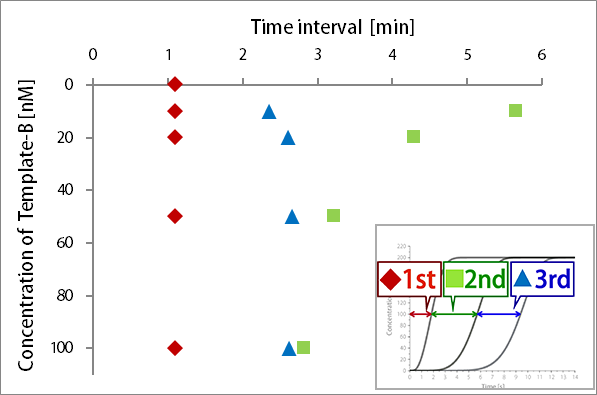 From the simulation results, we confirmed the following functionalities and features of Enzymatic device.

As well as Enzymatic device, we formalized ODEs for the Enzyme-free device based on chemical kinetics. The numerical simulation was carried out by mathematical (Scilab). The ODEs were derived by writing down all the possible intermediates by hands. Source codes, workflows of chemical reactions and more information are available here ( Source_code_1, Source_code_2, All_intermediates).
By simulation, we have analyzed the performance of the Enzyme-free device.

At first, we simulated the model of 2-instruction operation. The results are shown in Fig.5. 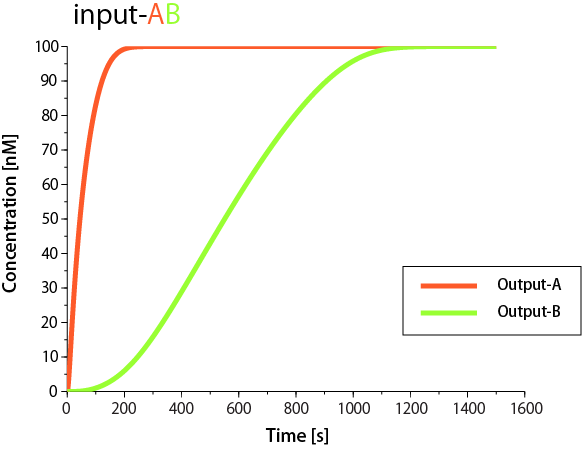 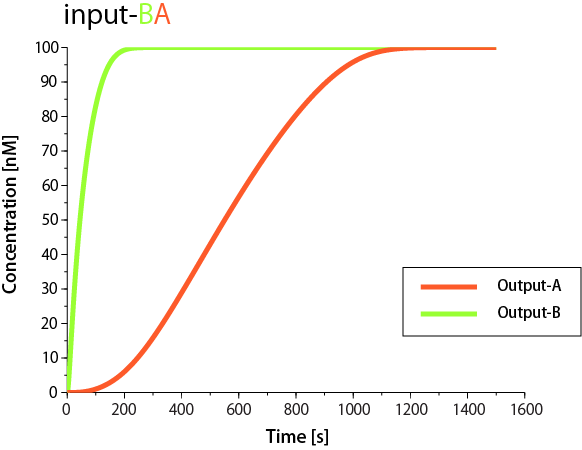 Then, we simulated 3-instruction operation (Fig.6). The device releases three Outputs in proper order (A then B then C). This result proves that the number of Outputs is scalable. 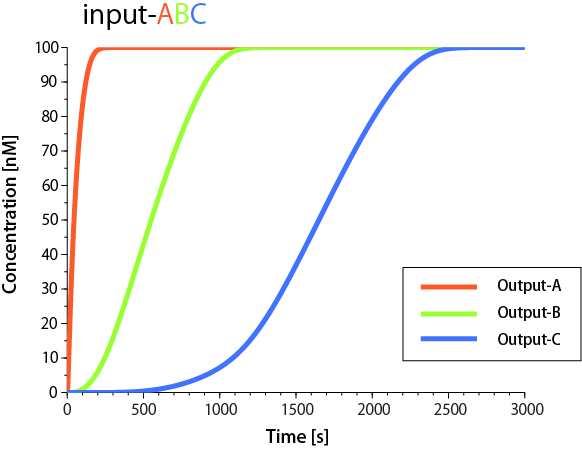 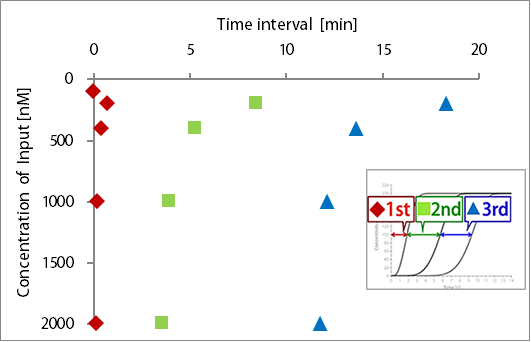 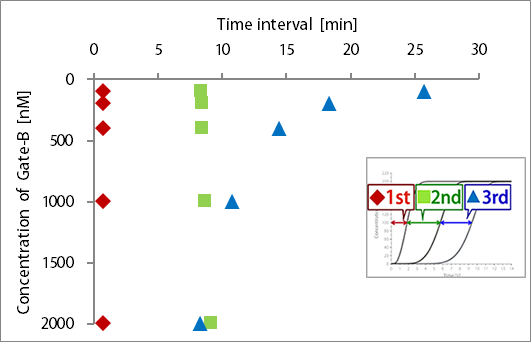