In the simulation, single stranded DNAs are synthesized without limit because we assume constant concentration of dNTP. Since the concentration of dNTP is not constant in real experiment, the synthesis of single stranded DNAs will be saturated. Our model of the simulation can be refined if we take into account the saturation of Signal DNAs by formalizing Michaelis-Menten kinetics [3]. Moreover, our model ignores minor reactions such as denaturation of DNA. We can improve our model if we include such denaturing reaction.

In fact, we tried to fit the simulation results to experimental data by hand. We changed the rate constant of hybridization between Gate and Signal from 3.0×107[M-1min-1] to 1.0×105[M-1min-1], and that of other hybridization from 3.0×108[M-1min-1] to 3.0×106[M-1min-1]. We also added decrease terms to ordinary differential equations so that they converge to a constant value. The graph shown below is obtained by fitting. 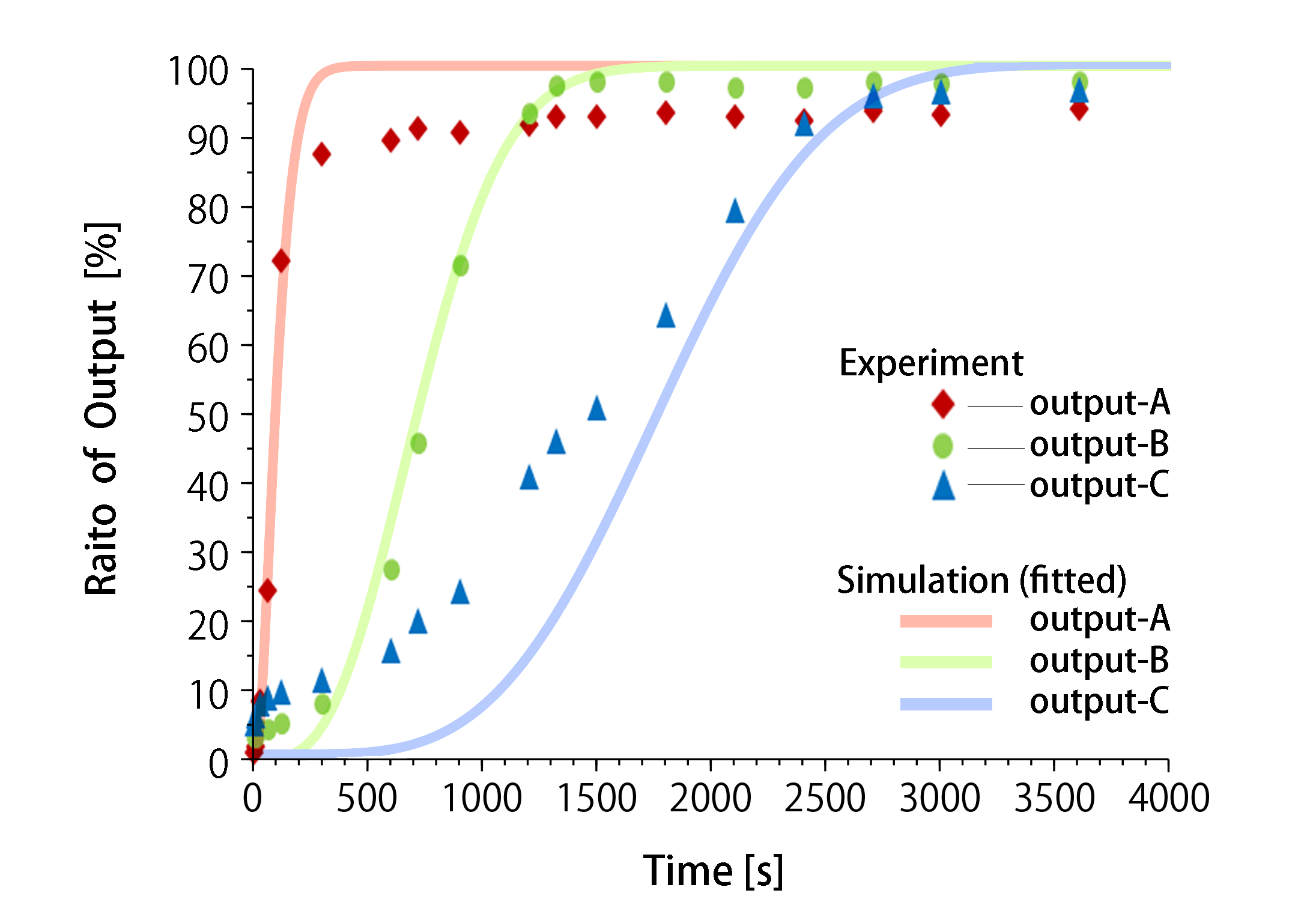 As described in the result of experiment, “ABC” or “CAB” can be released as output in order but the same output such as “ABB” or “ABA” cannot be released in the Enzymatic device. This is remained for future improvement. 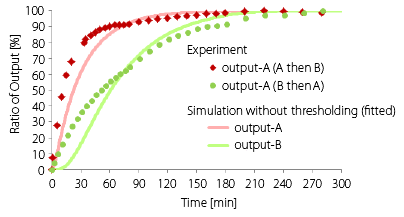 
On the other hand, we may need to optimize the length of toehold to make experiment similar to the original simulation with thresholding. Purification of DNA structures is another possible solution because it can prevent stoichiometric inaccuracy. Such solutions may improve the performance of our Enzyme-free device in the future.