In this page, we explain the device using DNA and enzymes. First, we overview the outline of mechanism.

In the following, we explain the details of the three processes. For the Reading process, we need Templates, Transducer, and Gates as shown below. 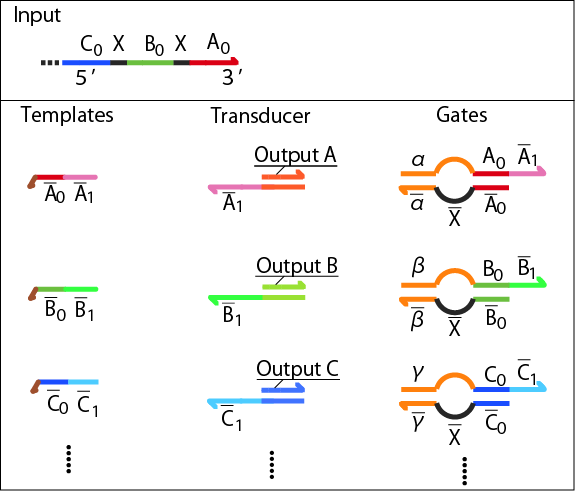 Repeating Step3 and Step4, single stranded DNA (Signal) is amplified. The Signal will be transmitted to the next processes: Releasing and Updating processes.

Following chemical reactions represent the Releasing process. It is conposed of Signal, Transducer, and polymerase.

This process takes place just after reading process because the toehold region of Transducer is slightly longer than that of Gate (for detail, see Materials&Methods).

Updating process is composed of Input/Template complex, Signal, and Gate.

This cycle is repeated again and again until all the instructions written in Input are executed. Eventually, the Outputs are released in programmed order. 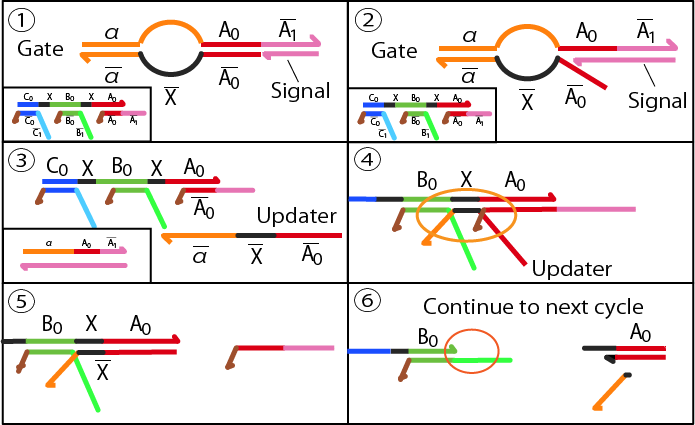 In this page, we explain the mechanisms of Enzyme-free device (using only DNA).Enzyme-free device is designed based on seesaw gates [1] which is capable of cascading strand displacement reactions. Components of the device are Input, Trigger, Gate, Transducer, and Fuel. 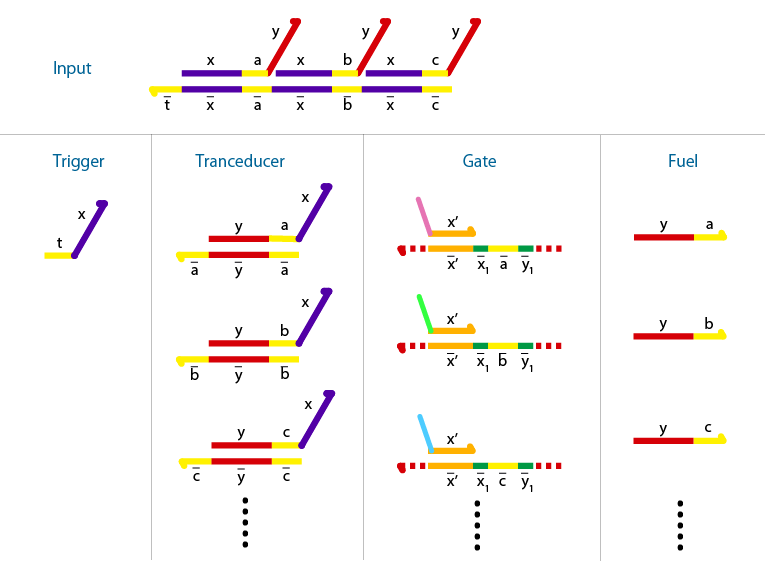 Like Enzymatic device, the order of releasing output is coded in Input, while other DNA components are utilized for cascading the reactions. Cascading reactions are implemented by the following steps.

The device repeats this cycle until all Outputs are released. As well as Enzymatic device, programmability is an important feature of the device. 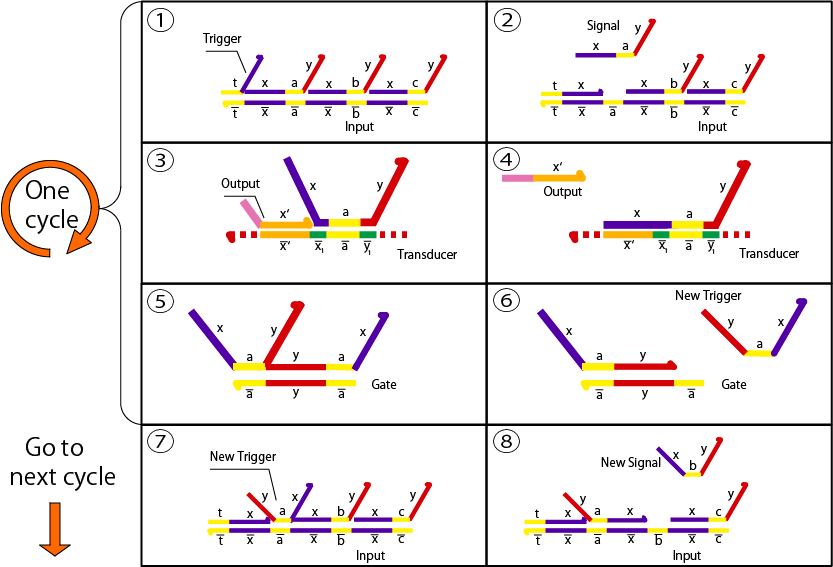